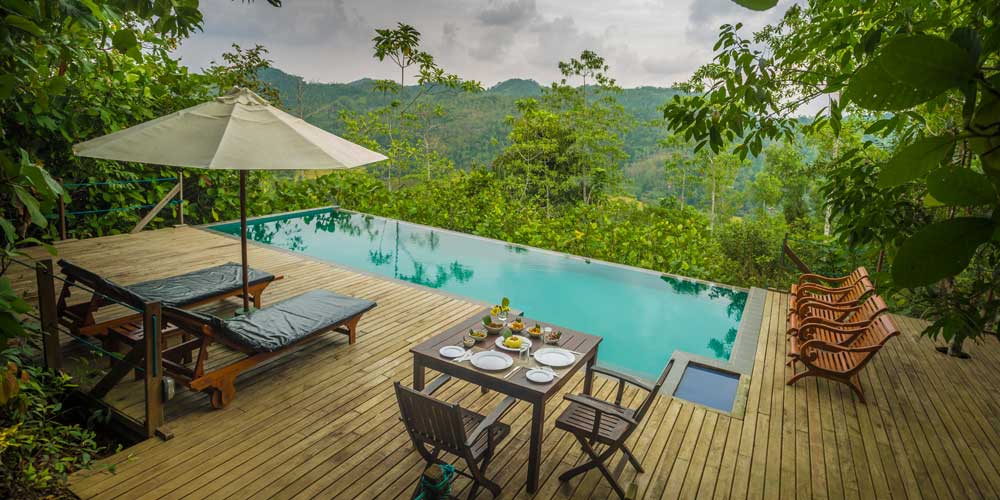 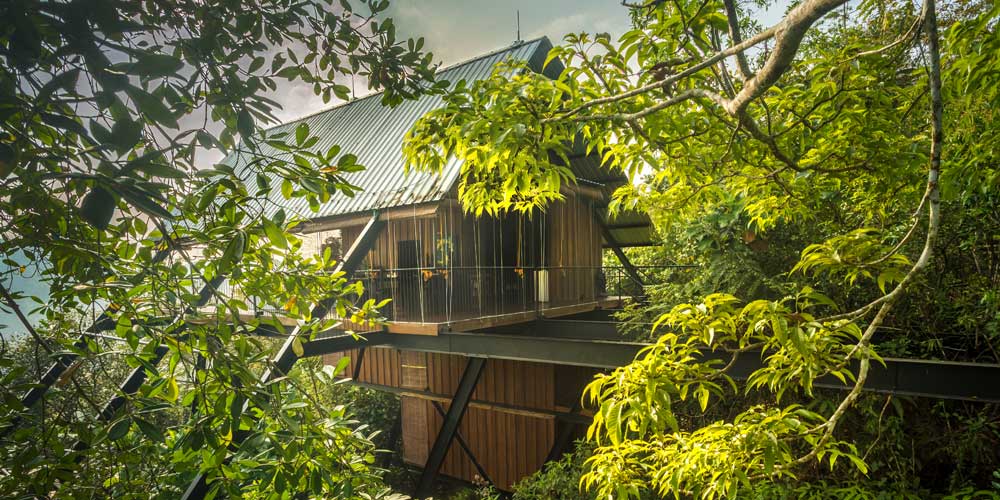 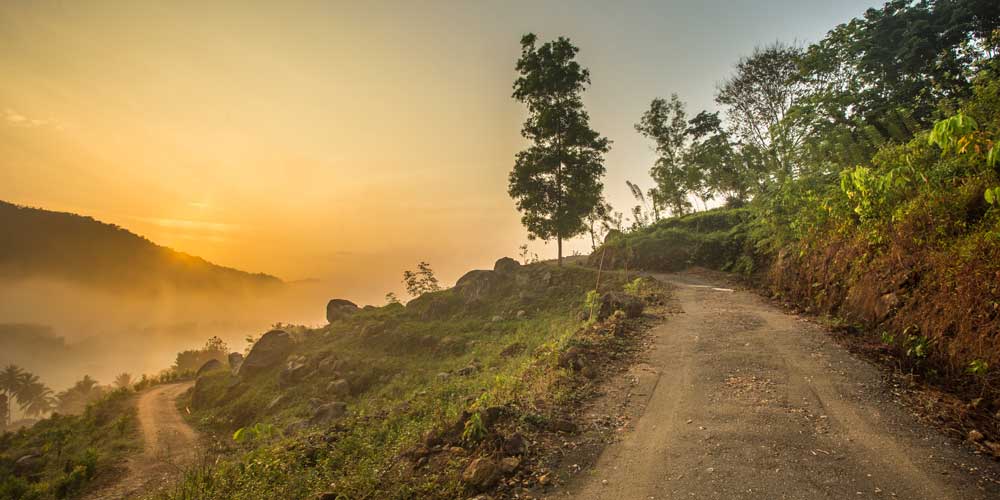 Spend your day discovering Nature Trails, Bird Watching, exploring the rain forest, photography and filming. You might try your hand at the centuries old art of tea-plucking & rubber-tapping, or perhaps have a dip in the pool.

Enjoy trekking on our reserve, let your mind, body and soul float on top of the mountains in our infinity pool or simply relax on the wooden terrace of the Ark. You might be surprised with a quick glimpse from the endangered Purple-faced leaf monkey.

Geoffrey Bawa’s younger brother Bevis Bawa spent 40 years growing and shaping ‘Brief’, the 2.5 hectare plot of land on the southwest coast, north of the Bentota River, which was his home for the greater part of his life. ‘Brief’ became a popular tourist destination and attracted an assortment of visitors from Colombo as well as internationally famous writers, artists and Royalty. Access to the 5-acre ‘Brief’ is by private vehicle as there is no public transport.

Facing the Indian Ocean, a tropical lagoon and a major river Bentota offers a wide variety of water sports to be enjoyed. Apart from swimming, body-surfing or diving in the sea, you can jet-ski, Windsurf, parasail or enjoy a romantic river safari on the river and lagoon.

A UNESCO World Heritage Site - in the bay of Galle on the southwest coast of Sri Lanka, was built first in 1588 by the Portuguese, then extensively fortified by the Dutch during the 17th century from 1649 onwards, It is a historical, archaeological and architectural heritage monument, which more than 423 years later maintains a polished appearance, due to extensive reconstruction work done by The Archaeological Department of Sri Lanka.

The estuary of the Madu Ganga (river) is a complex coastal ecosystem of mangroves and islands. A boat trip is a wonderful way of seeing some of the hundreds of species of plants and animals; monkeys enjoying fruit on the trees, water monitors gliding slowly through the water.

Located on Barberyn Island, on the southwest coast of Sri Lanka, a ten minute boat ride will take you to this lighthouse, away from the bustle of the mainland. Built by the British, the structure is 110 feet tall with round, yellow embossed stones gracing the peripheral looks. The glass at the tower is the original glass installed by the British in 1928, which pays grand homage to British engineering and architecture.

This 135-feet tall Buddha Statue, similar to the Avukana standing Buddha Statue, has been built on a hill top at Batamulla Kanda Buddhist Centre at Matugama.

A 2 hr 30 minute drive from The Ark will take you to the southern foothills of Sinharaja, the heart of Sri Lanka’s biodiversity. Sinharaja virgin rainforest was deservedly designated a UNESCO World Heritage Site in 1989. The forest offers huge diversity of species both flora and fauna with a large proportion being indigenous to the country, and some more specifically endemic to Sinharaja itself. Many indigenous birds such as Layard’s parakeet (Psittacula calthrapae), the Jungle fowl (Gallus), the Spur fowl (Galloperdix bicalcarata), the Ceylon Wood Pigeon (Columba torringtoniae), the Ceylon Hanging Parrot (Loriculus beryllinus), the Ceylon Grey Hornbill (Ocyceros gingalensis), the Ashy-headed Laughing Thrush (Garrulax cinereifrons), the Brown-capped Babbler (Pellorneum fuscocapillus), the Red-faced Malkoha (Phaenicophaeus pyrrhocephalus) and the Ceylon Blue Magpie (Urocissa ornata) among others are prominent in this area.